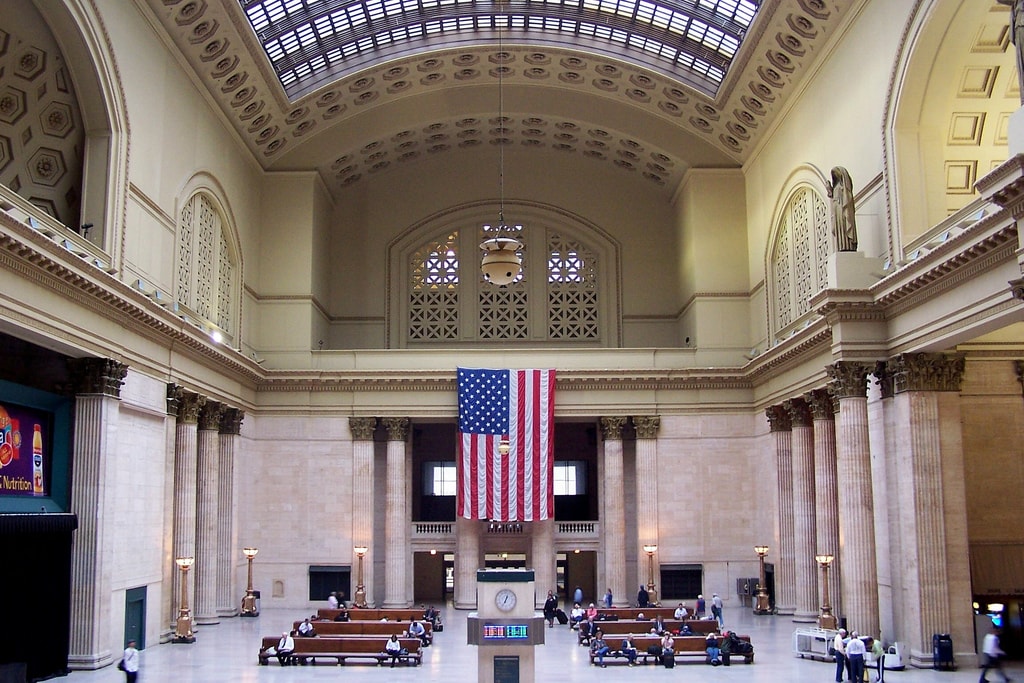 Chicago’s Union Station is in the West Loop at 225 South Canal Street near Willis Tower. There are variety of services and transportation options at and around the station along with things to see and do in the surrounding area. Explore Union Station amenities and nearby destinations below.

There are a large number of casual sandwich shops near the station. Or if you’re looking for a nicer meal, some of the highest-rated nearby restaurants include:

The Quincy Station on the brown, orange and pink line and the Clinton Blue Station are both a 7-minute walk away from Union Station, although neither is handicap accessible. To reach Quincy, walk west via W. Adams or W. Jackson Street to S. Wells Street. To reach Clinton, walk south on S. Clinton Street next to Union Station in the same direction as the one-way traffic.

The Ogilvie Transportation Center is a block away on W. Madison Street. You can walk along the Union Station underground train platform as a shortcut — walking away from the Union Station entrance to reach a stairway to W. Madison. For more information, see How to Ride Metra Trains.